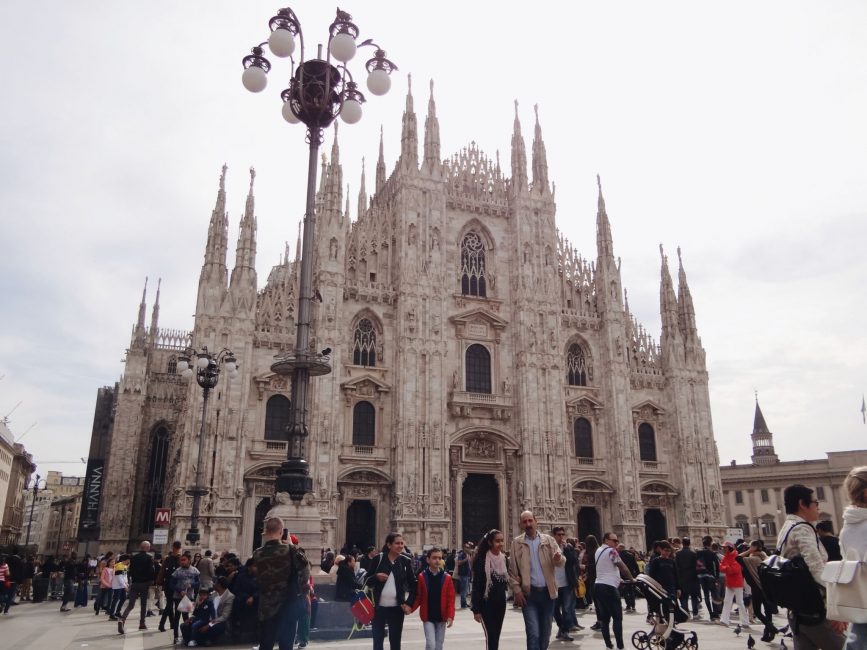 Oh, Milan, the global hub of fashion and all things high-end.

Situated in the northern part of Italy, Milan is also known as the capital of Lombardy region which borders with Switzerland. The city itself is home to a bit over 1 million citizens and at least 8 million tourists a year.

I would be lying if I said that I loved Milan.

Don’t get me wrong, the city itself is quite fascinating and lovely to look at and explore. What I didn’t enjoy is the number of tourists and people near more popular landmarks. It can get crazy during the day and if you’re anything like me (a.k.a. being in big crowds gives you massive anxiety), then chances are that Milan won’t be one of those cities that will steal your heart.

But don’t let me ruin your parade! Milan has quite a few charming places to visit which definitely proves why the city is so well-visited by people from all over the world.

How to get to Milan

The fastest way to reach Milan is to take a plane which isn’t the most sustainable and environmentally-friendly option, bear in mind, especially when it is so easy to travel around Europe with buses or trains.

There are three airports around the city: Milan Malpensa, Bergamo Orio al Serio and Linate airports. The latter one being the closest to the city, only 10 minutes away from the city centre.

The majority of budget airlines land either in Malpensa or Bergamo airports, both of which are located around 50 minutes away from Milan in surrounding towns. You can take a shuttle from each airport, Airport Express train or even a taxi. Usually, a train or bus costs around 8-10 EUR one-way if purchased in advance.

Another option is to take a bus from neighbouring countries or even within Italy if you’re visiting another city prior to your visit to Milan. You can check out some of the best bus providers that I use and swear by over here.

How to get around in Milan

Now Milan is quite a big city but it is fairly easy to navigate. The historical centre with all the most important and popular landmarks is located right in the middle of the city and is very walkable. The only time I used public transport is to get back to my hotel one evening after a long day of exploration and that is only because my hotel was quite far away from the city centre.

If you’re staying somewhere a bit further from the centre or if you’re planning to explore outside areas, you can use Milan’s public transport system which including metro, trams, and buses. The single ticket costs 1.50 EUR and is valid for 90-minutes period during which you can have as many trips as you want. The ticket applies to all buses, trams and metros.

The single ticket costs 1.50 EUR and is valid for 90-minutes period during which you can have as many trips as you want. The ticket applies to all buses, trams and metro lines.

If you plan on using public transport during your stay, you might want to get yourself a 24-hour (4.50 EUR) or 48-hour (8.25 EUR) pass depending on your length of stay. You can buy tickets from the machines in Metro stations, in tobacco shops (how is this a thing?) or sometimes in smaller magazine shops.

What to do in Milan

Start your day at the Duomo di Milano

You can’t say you’ve been in Milan if you haven’t at least peaked at this architectural wonder that is Duomo di Milano. If you typed ‘Milan’ on Instagram and looked at the photos, 90% of them would probably be with this beauty.

It took nearly 600 years (!!!) to build Duomo di Milano and if that’s not enough for you, it is made from this beautiful pink-white marble that looks absolutely stunning in the daylight. You can enter inside to admire the interior or climb to the terrace from which you can get a lovely view of the city and the church’s copper statues.

Now when I say come as early as possible, I really mean early, as in 6-7 a.m. early. It gets very crowded around 10 a.m. already, so the earlier you’ll come, the better chances you’ll get to skip the biggest crowds and maybe even capture Duomo without hundreds of tourists invading your shot.

Tip: if you want to enter the terrace or inside of the church, purchase the tickets a day before with a fast-track option to skip long ques.

Right beside Duomo di Milano, you will find the famous Galleria Vittorio Emmanuele II which is basically a shopping mall but better. It is a four-story double arcade with marvellous mosaics and marble floors. Do I need to say more?

I have to say that it was one of the most gorgeous architectures that I have ever seen. You can’t help but feel like you stepped back in time when you walk around this gallery.

Today you can find various boutiques, high-end stores such as Louis Vuitton, Prada and fancy little cafes where locals often come to sit, relax and enjoy a good cup of coffee. Oh, and there is a tradition where you have to spin around while standing on the mosaic with a bull in the middle to ward off evil.

The castle was built back in the 15th century as a residence of the Sforza dynasty that was a ruling family of Renaissance Italy. Today the castle houses many museums, libraries, galleries and various exhibitions.

One of the more interesting facts about this castle is that it was demolished and rebuild quite a few times over the years but now it looks as if new after restoration. You can walk around the castle grounds free of charge but if you want to visit the inside and explore museums, exhibitions, the full ticket costs 5 EUR and reduced one 3 EUR.

Relax at the Sempione Park

The park is located right next to the Sforza castle and it is a perfect spot for a nice relaxing afternoon after all the sightseeing. The park is quite big in size, so you can spend hours walking around or simply having a picnic somewhere on the grass.

You can also visit the Arco della Pace which is Milan’s arch of peace located at the end of the park territory. The arch is quite similar to the one in Bucharest and Paris but a beautiful sight nevertheless. The arch is surrounded by a pedestrians area, so it makes a great spot for a photo and usually, there are fewer tourists compared to the Duomo square.

Finish the day off near Navigli Canals

That’s right, folks. Venice isn’t the only city in Italy which offers beautiful canals. Located in Navigli district, the canals are great evening spot for some delicious food and maybe a drink or two.

The canals are lined with all kinds of restaurants and bars, so you will have a wide choice of cuisines to choose from. Also, I can’t think of a better place to watch the sunset in Milan.

If you want to see the full beauty of the canals and get some amazing photographs, you can take a boat tour as well. So if you won’t have time to visit Venice, these canals will give you a nice idea of what it’s like.

If you have more time to spend in Milan, why not head to Lake Como for a day trip? It was one of the highlights of my Italy trip.

Where to stay in Milan

Since Milan is a big city, there are a lot of accommodation options to choose from. Of course, the prices are a bit higher and similar to the majority of the Central European cities.

I stayed at Hotel Siro which is quite a budget-friendly option. All the facilities were nice and clean and you get a lovely Italian breakfast as well.
The only downside is that it is a bit far away from the city centre and the room faced the street with a tram line, so it was a bit noisy every 20 minutes or so. Other than that, a good option if you’re looking for an affordable stay in Milan.

The only downside is that it is a bit far away from the city centre and the room faced the street with a tram line, so it was a bit noisy every 20 minutes or so. Other than that, a good option if you’re looking for an affordable stay in Milan.

This article is now available as a mobile app. Go to GPSmyCity to download the app for GPS-assisted travel directions to the attractions featured in this article. More information here.

Have you visited Milan?

What would you recommend to add to this list? 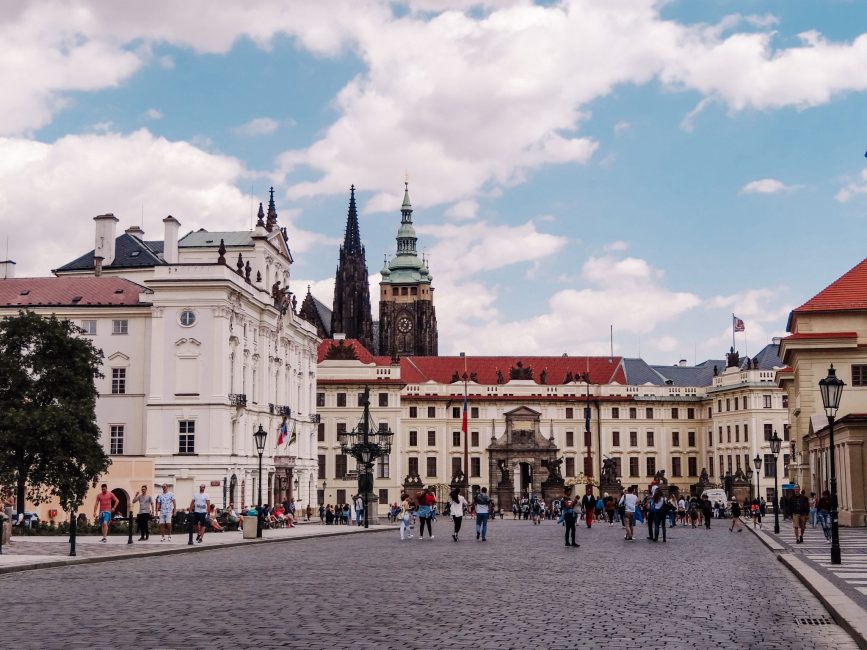 How much does it cost to travel Czech Republic: A budget breakdown 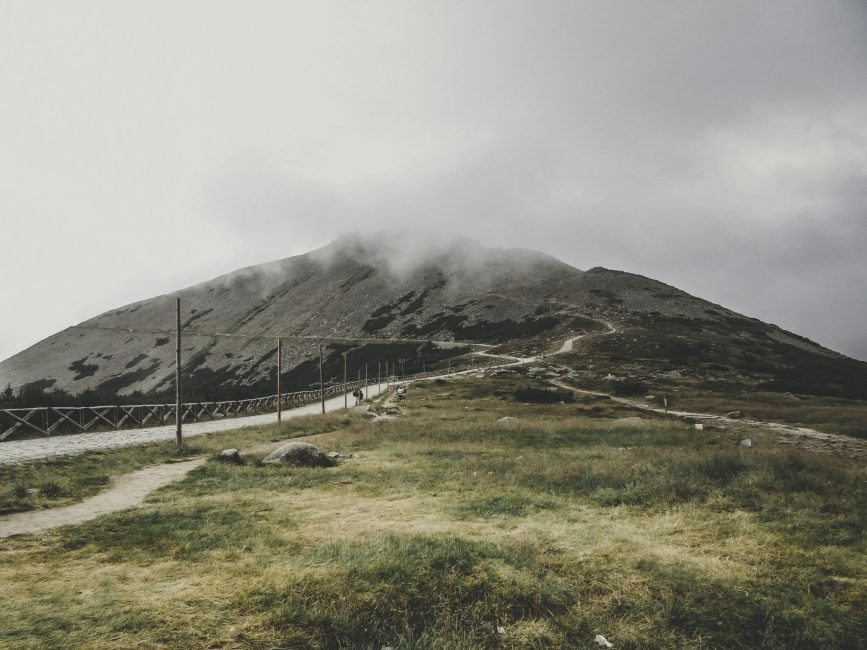 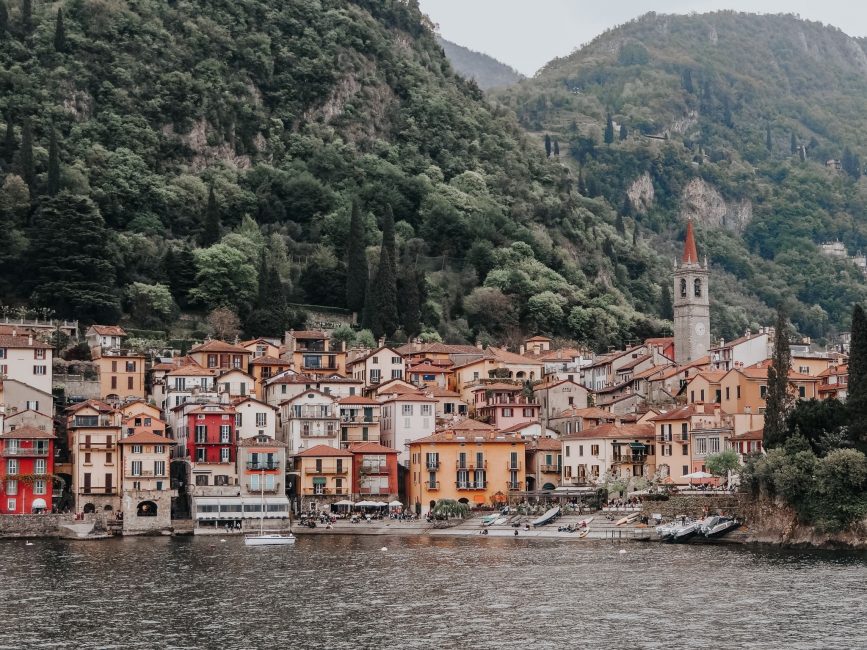 All you need to know before visiting Lake Como, Italy