In mythology, Cyprus island is the place where Ancient Greek goddess of love, Aphrodite, was born. So, naturally, Cyprus is called Aphrodite’s Island. And let me tell you that Cyprians have taken this very seriously.

During our stay in Cyprus, we found out many places, objects and monuments that involved Aphrodite or were somehow related to her. From Aphrodite’s meals to Aphrodite’s houses and relaxation areas. Anywhere you go – there will be Aphrodite. Today, I decided to share with you about my day that we spent exploring everything about Aphrodite.

The first thing we decided to visit was Baths of Aphrodite. It was about 70km away from our hotel. So without waiting, right after breakfast, we drove to the magical baths that Aphrodite once used.

Legend says that Aphrodite used to bathe there to stay young and beautiful. Also, it is said that once Adonis came there and found her, that was the first time she met him (later on, they fell in love (at least I think they did (did they?))). Men used to fight for her heart as she was a very beautiful creature. Sounded very promising from all the information that we got. 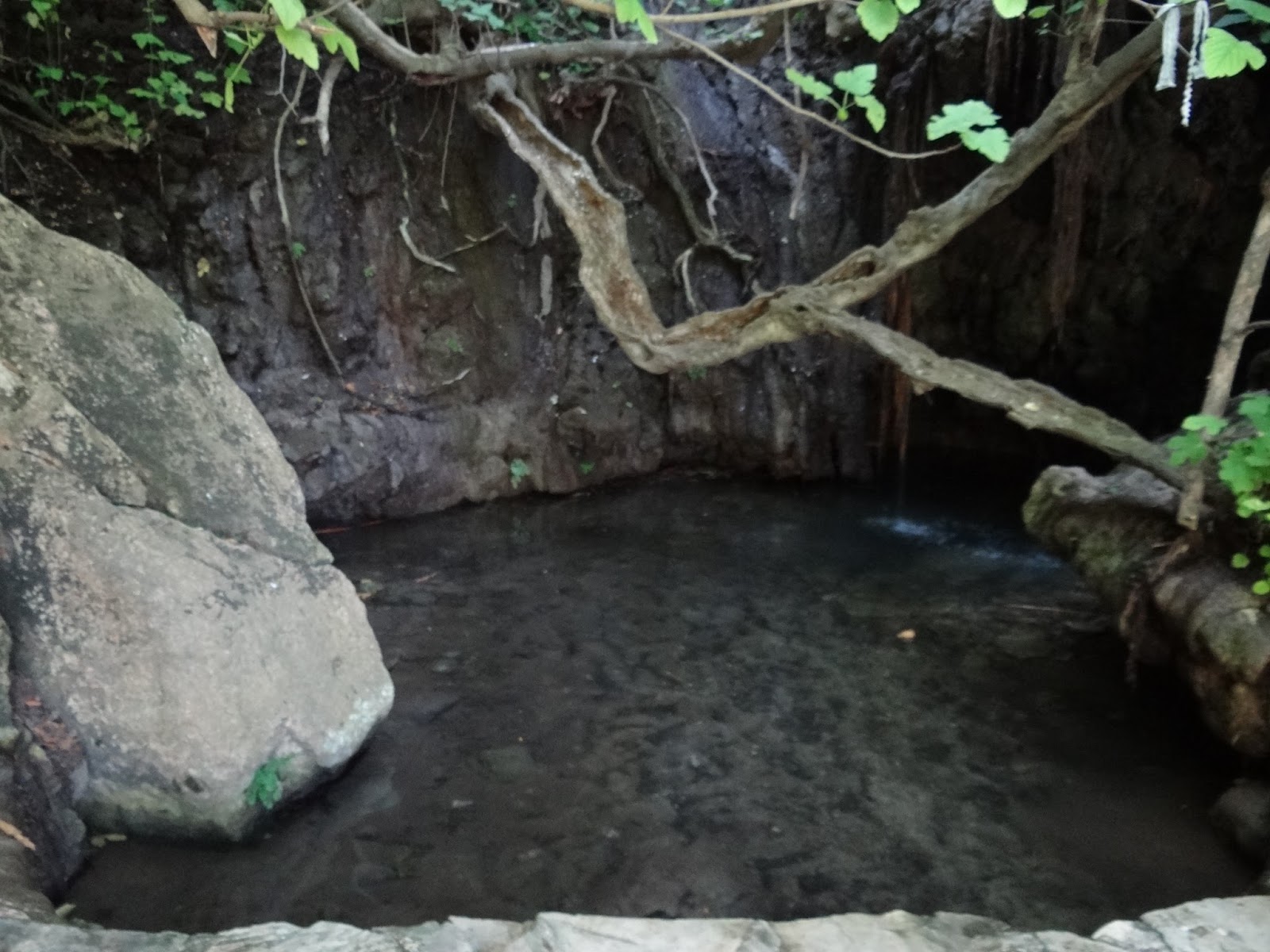 However, it was quite disappointing. It was a small source in the middle of the rocks with dangling tree branches. It wasn’t anything extraordinary or special about this source. I don’t know what I expected, but this definitely wasn’t it. 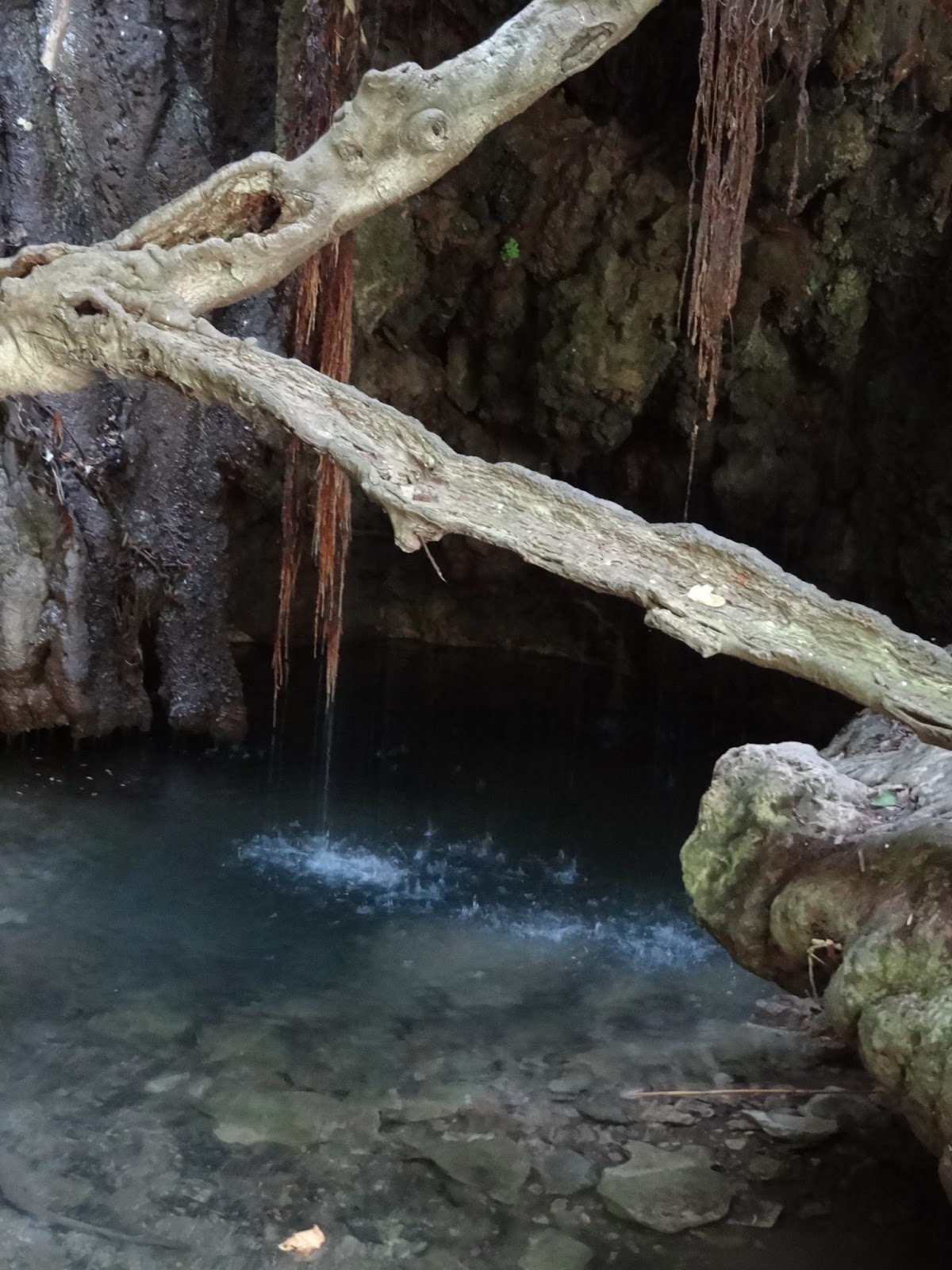 The only thing I was very glad for is that it was free. There is no way I would have paid for it. But, oh well, at least we saw where Aphrodite was bathing, right? 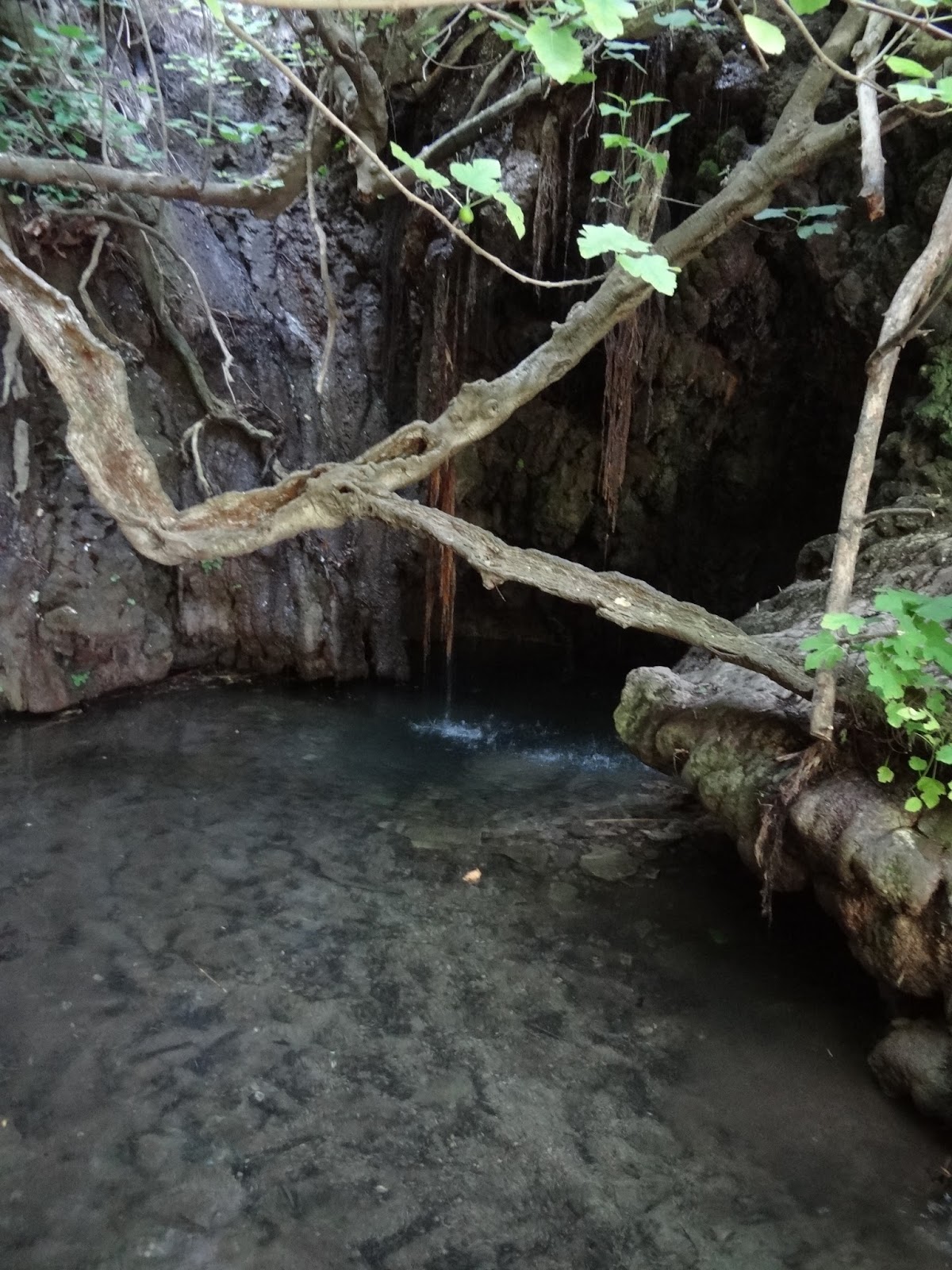 After our disappointing discovery, we decided to take a walk at Aphrodite’s trail. The map said it was 2,5 km long and went into a circular way. Apparently, Aphrodite used to walk this trail after bathing. There supposed to be a big Oak tree in the middle of the trial where she would sit and relax. 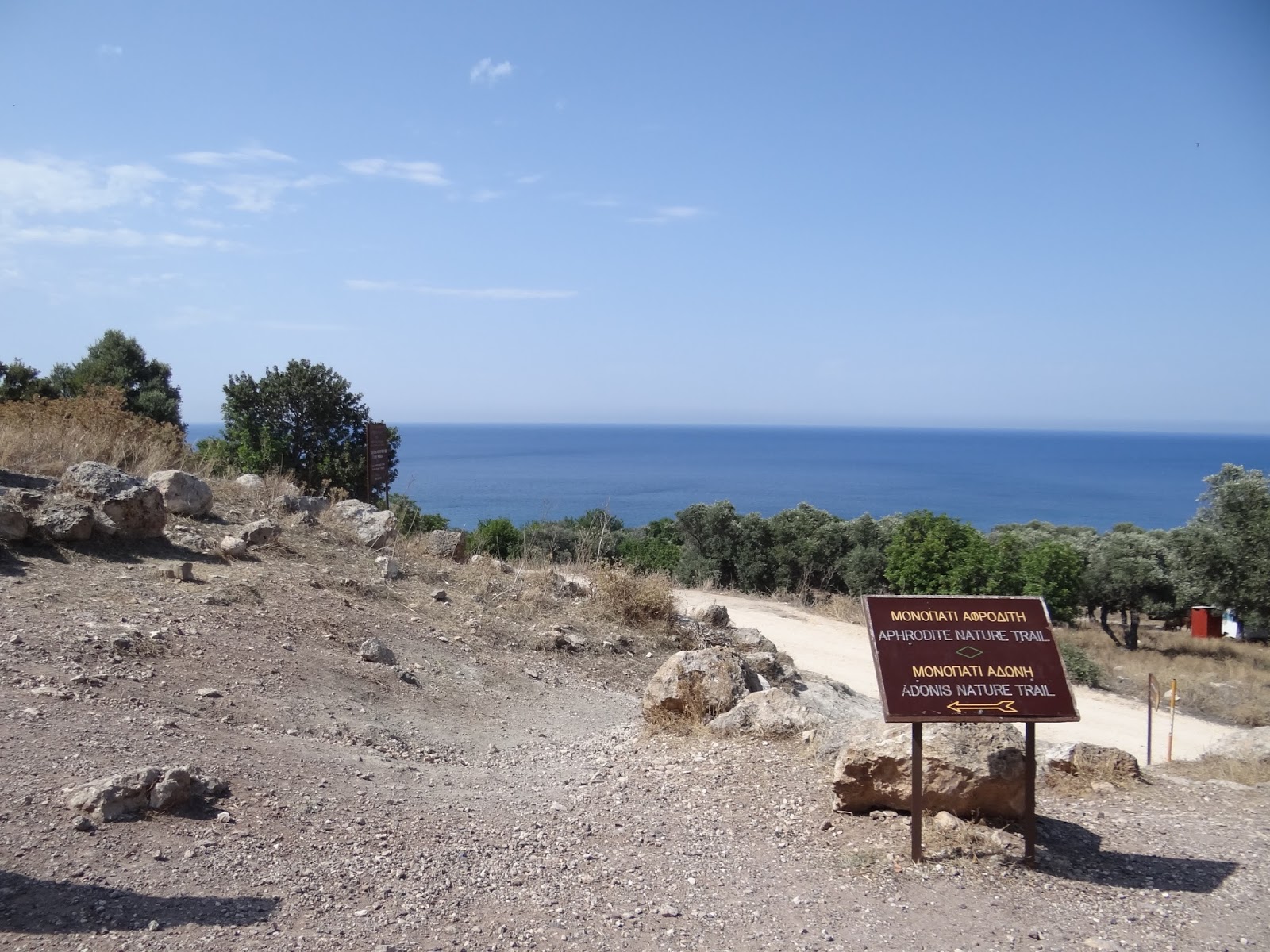 We thought ‘why not’? We can walk 2,5km in our simple shoes, it’s not like we haven’t done it before. It was a hot day again, so we didn’t want much exercise and 2,5km trial seemed like a nice and simple distance. Little did we know that it will turn horribly. 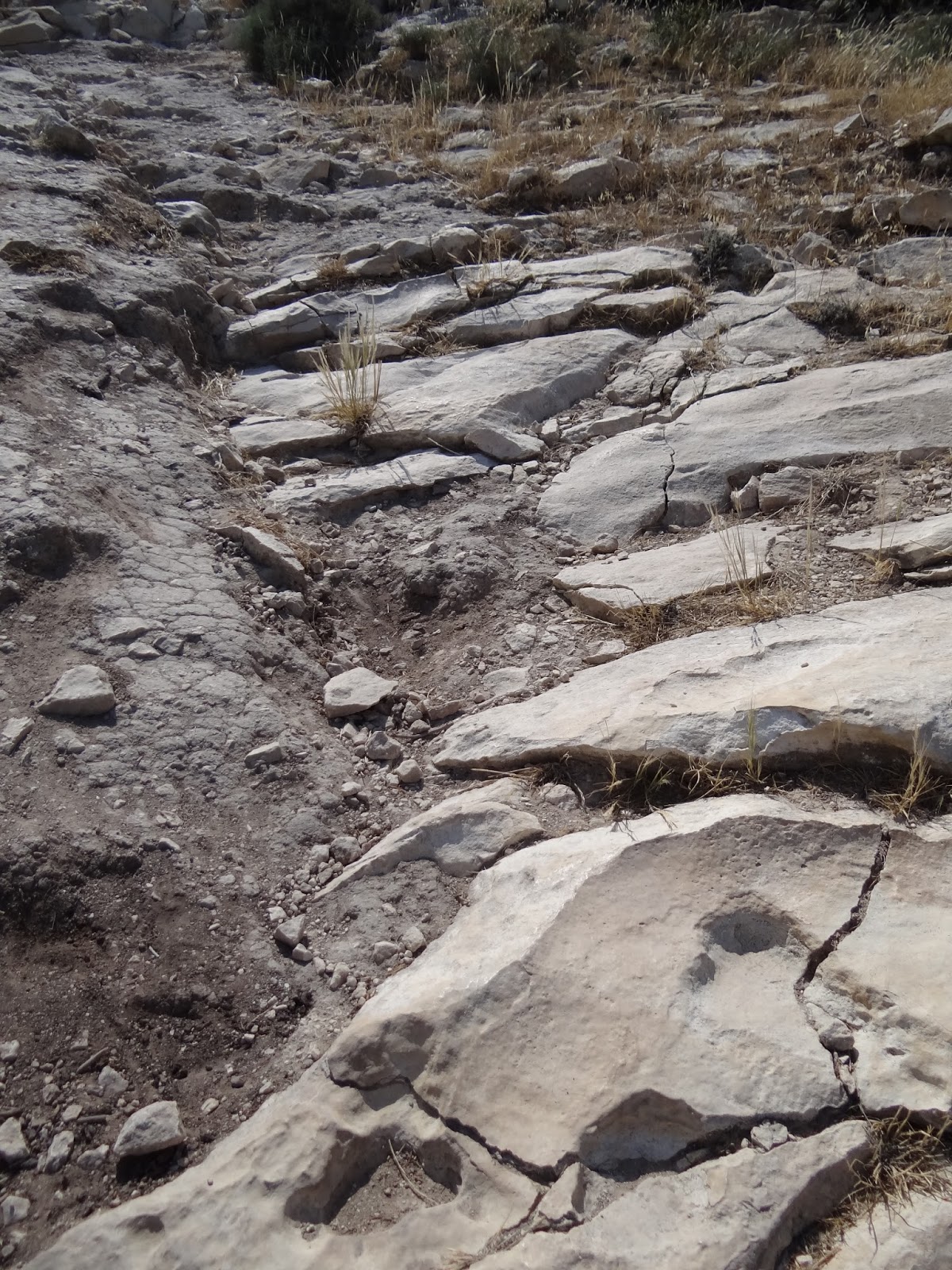 Rocky surface of the trial 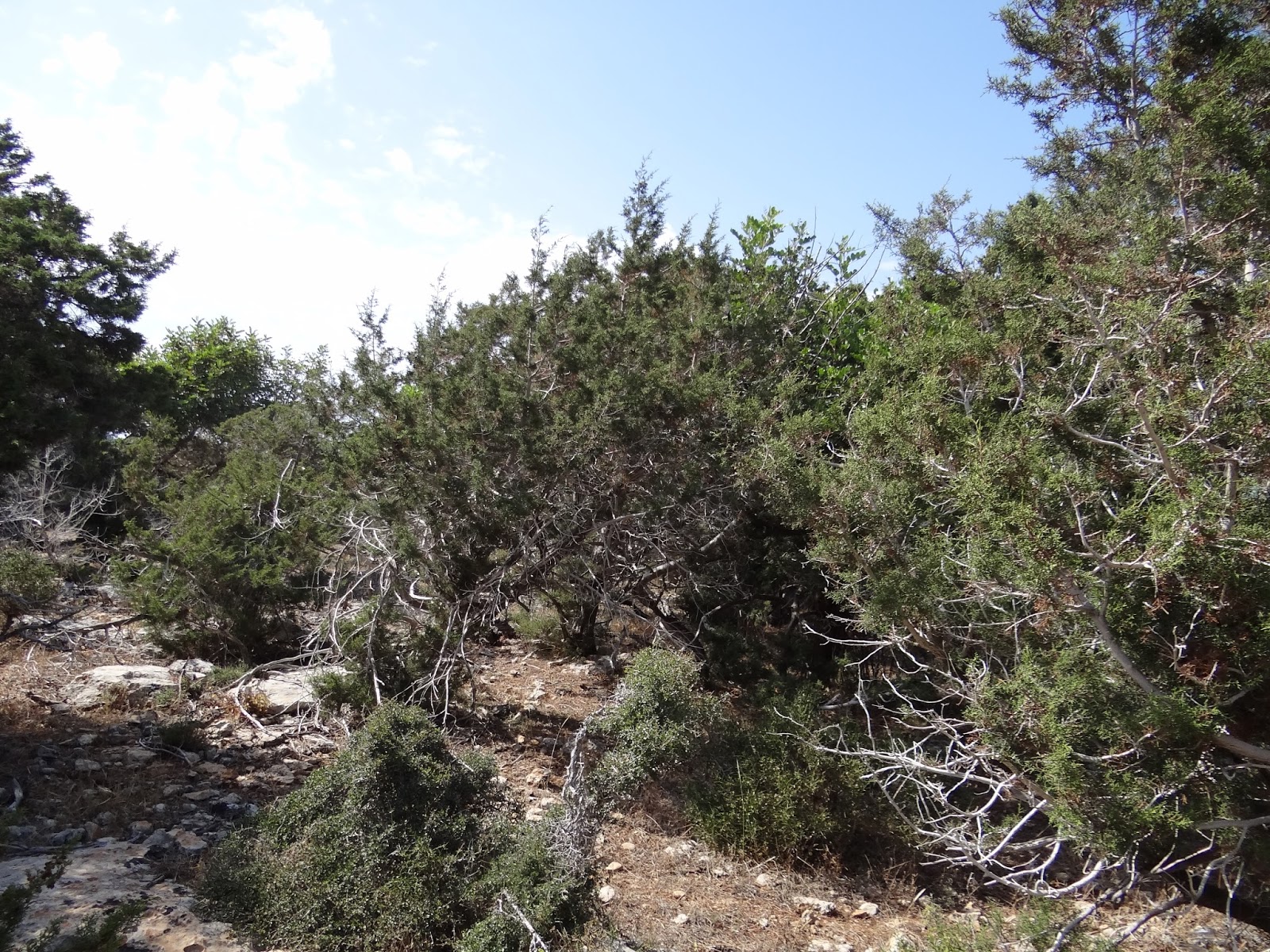 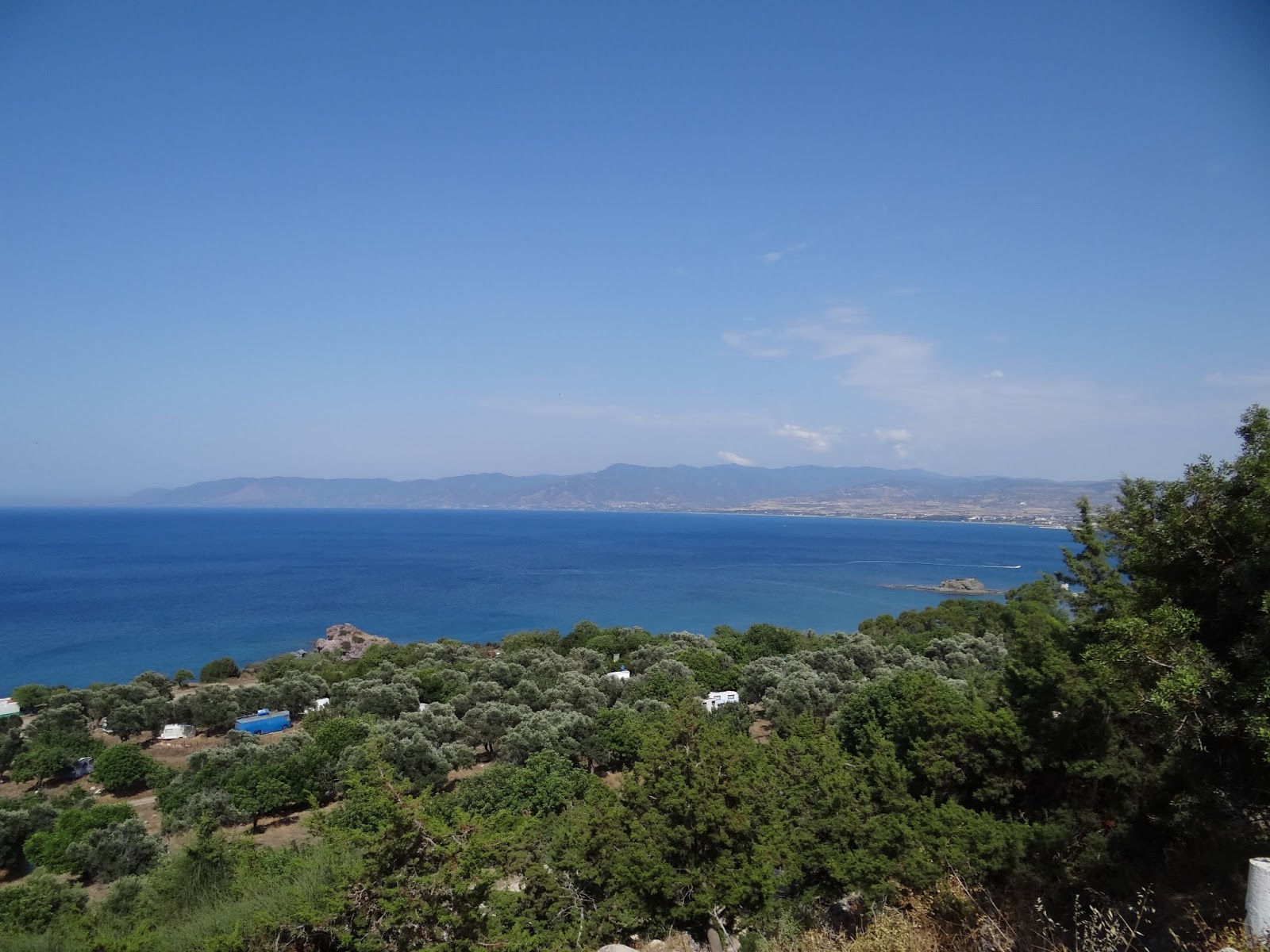 View from the trial

We started hiking and the view from the trial was breath-taking. There were goats that walked around us freely with little bells on their necks. After hiking for a bit, we started sweating like pigs. The sun was in full heat and there was no shadow from it. After a while, we started seeing a top spot. We got happy that but soon our happiness turned into frustration. We walked 1,5km and there was no oak tree and the trial just kept going up and up the hill. 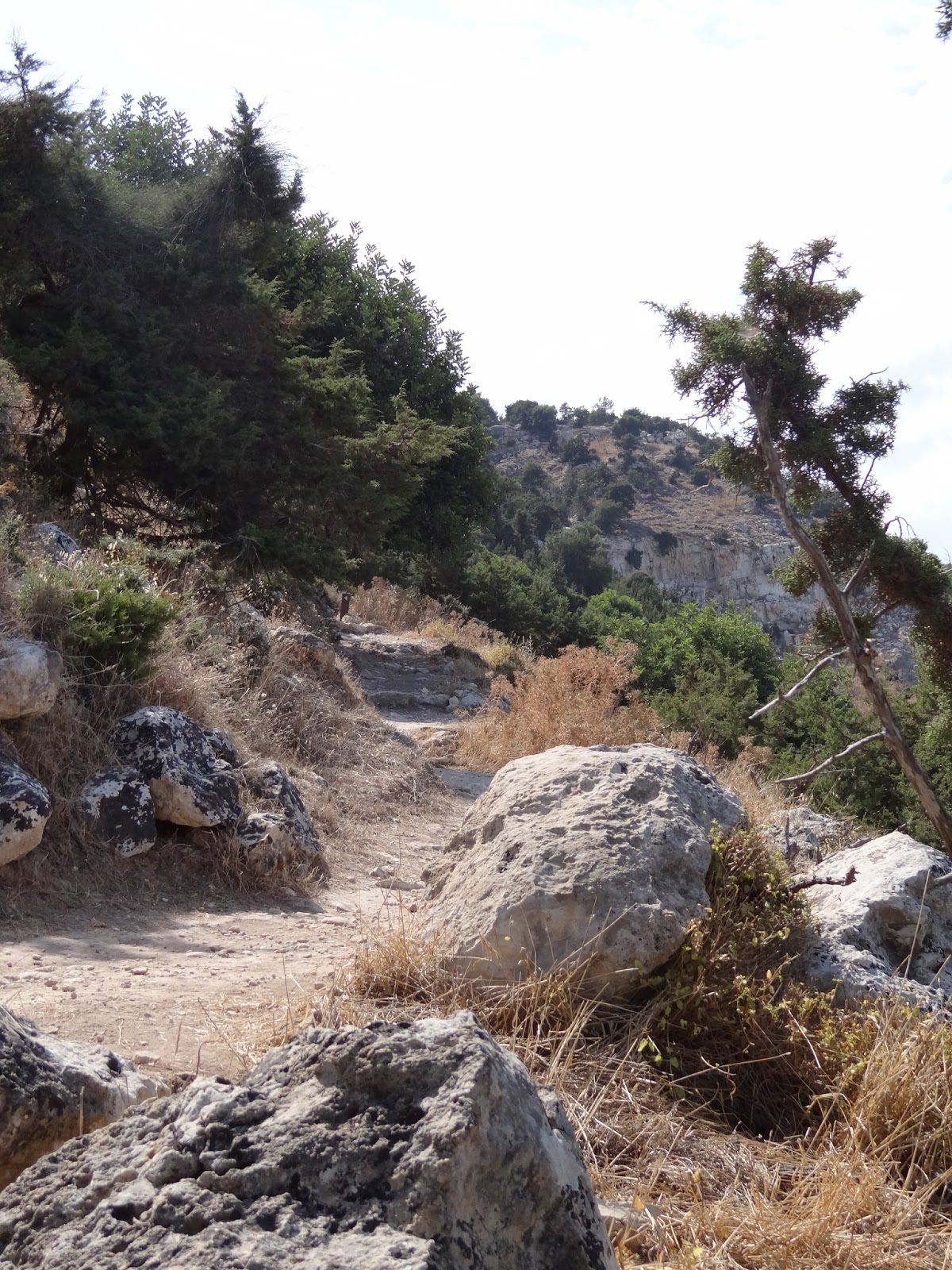 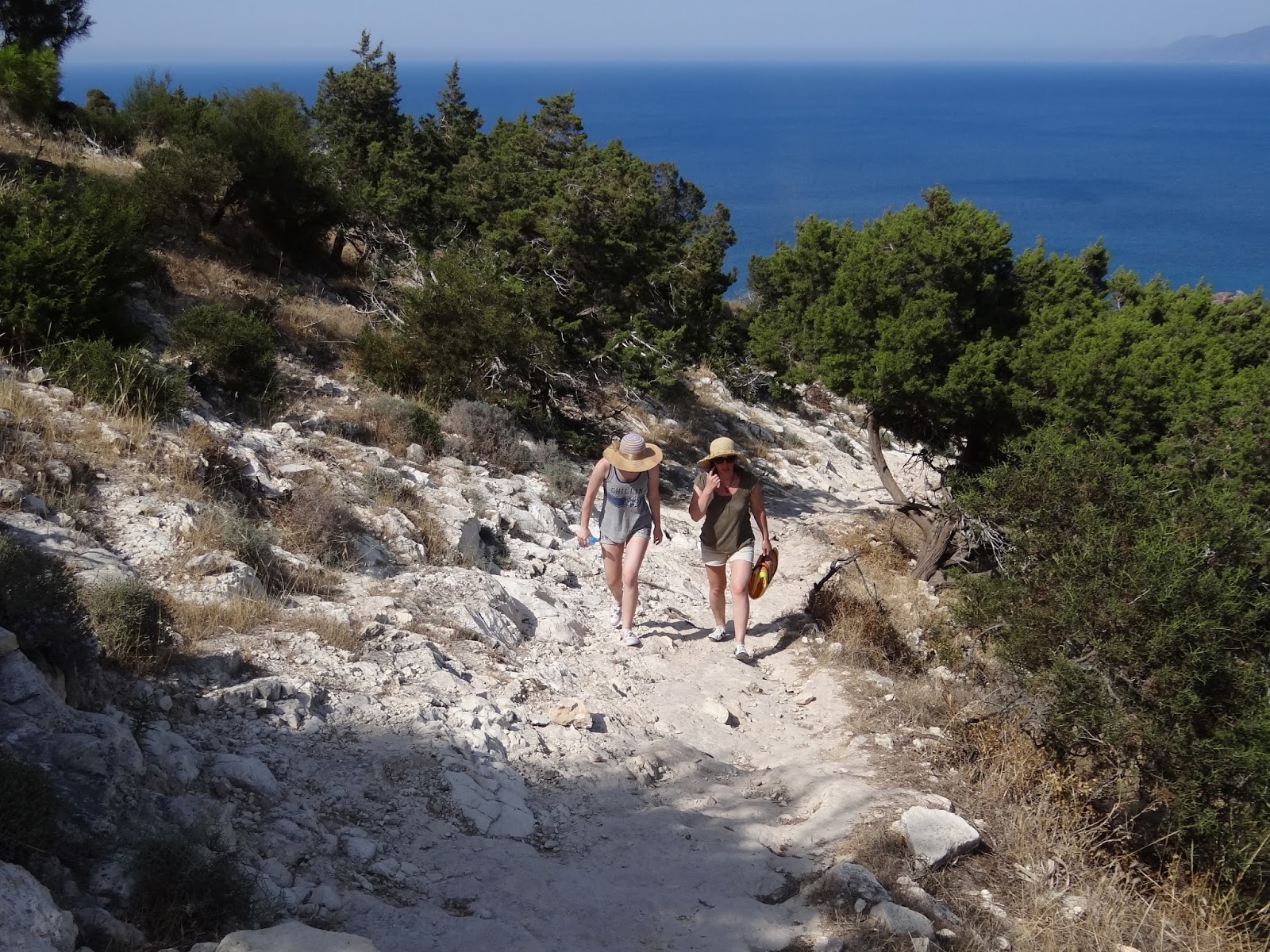 Me and my mum trying to stay alive

Turns out that the trial leads to the big Oak tree which isn’t in the middle of this trial. It was 2,5km till the Oak tree. The only thing I was ecstatic about was that there was a water source from which you can drink. Long story short, we had to walk 3,5 more km to get back to our starting point. 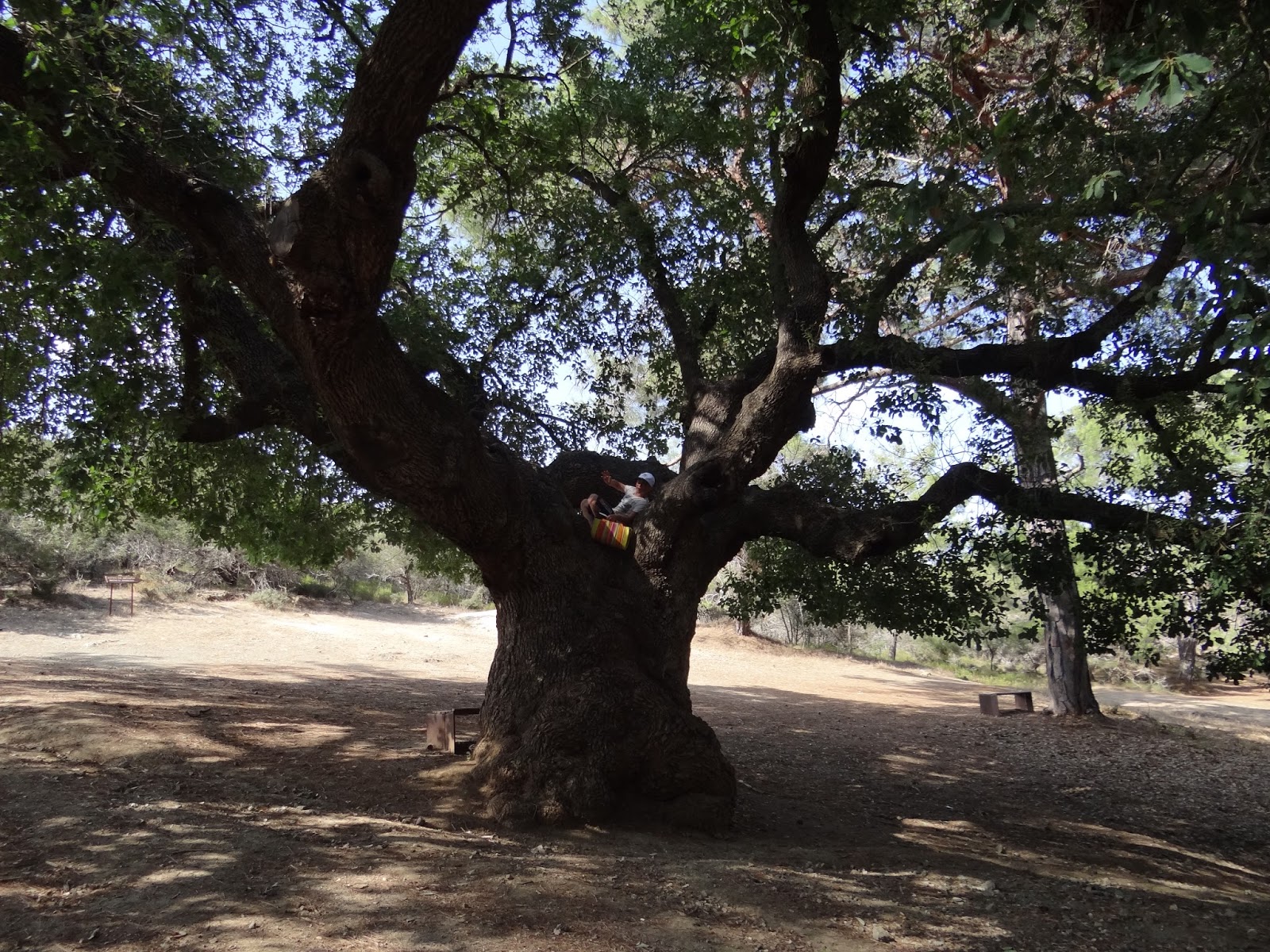 It was a freaking suicide mission. If you read my blog, you would know that my family isn’t afraid of exercise, we walked a freaking 16km length down the gorge and it wasn’t as bad as this 6km trial! First of all, we had a small water bottle only. Next, we chose this trial because it clearly stated 2,5km long and we only had our simple shoes (my dad had sandals!), not our hiking ones. And lastly, it was freaking boiling hot!

I was very angry at whoever made that map, it was misleading and wrong. What if an old lady or couple decided to go? They could have got a heart attack! Anyways, after feeling like we ran three marathons without the stop, we decided to visit the last object. It was Aphrodite’s Rock. It was said that Aphrodite swam out of there. It’s her birthplace. 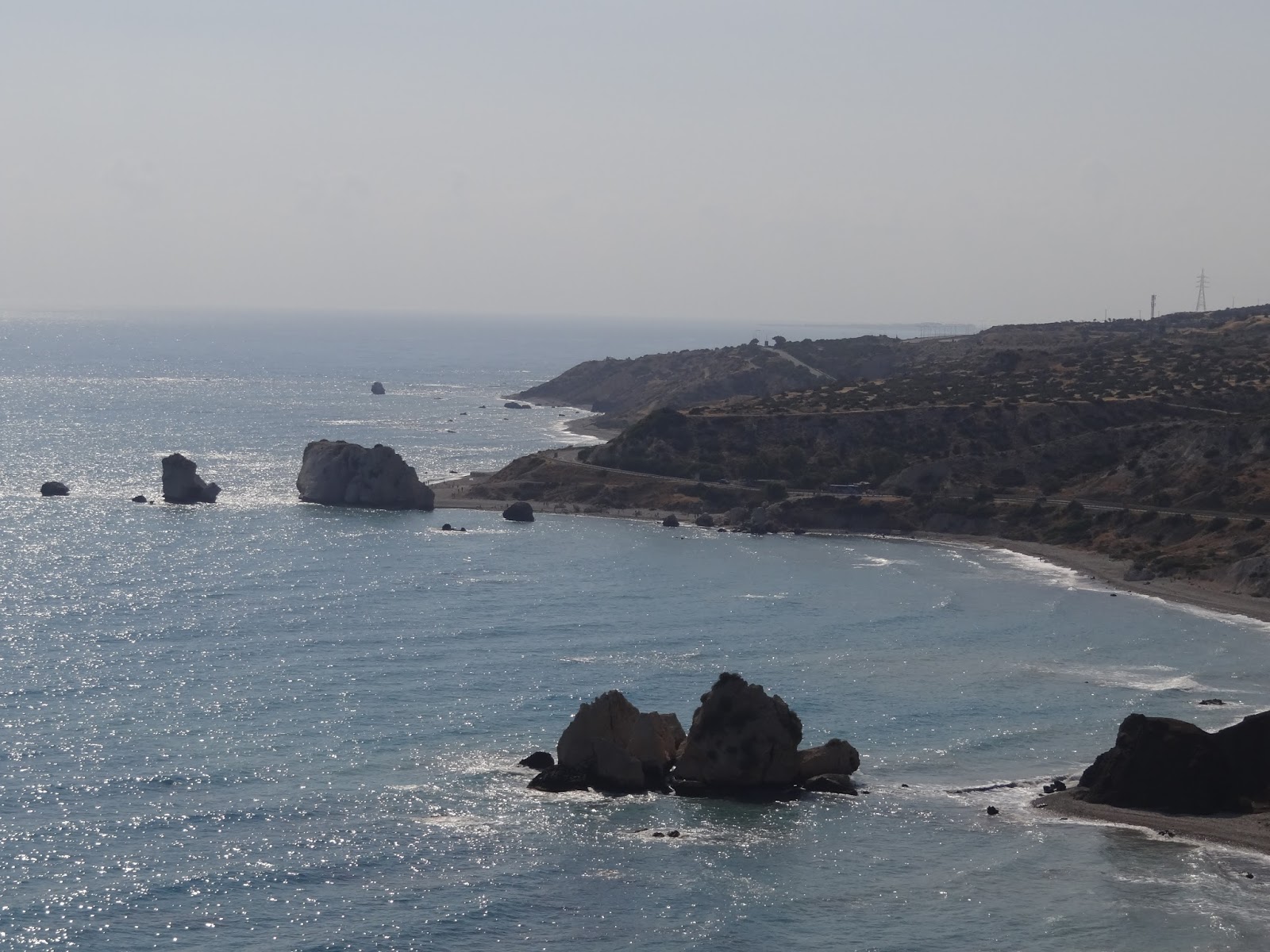 Legend says that if you swim around this rock 10 times at midnight, Aphrodite will make you 10 takes younger. But it’s not so easy! You need to swim in the right direction and if you swim in the wrong one, you will age 10 years. Aha, not so simple to get younger these days.

After all these Aphrodite’s life stories, I was more than happy to jump into my bed and sleep like a baby! Of course, during our day we went to the restaurant (which was also called ‘Aphrodite’s Island’) and put something in our bellies. I ate traditional ham and cheese sandwich with french fries and a glass of orange juice. Then we went to the nearby beach where we relaxed a bit after a tiring day.

And that we drove back to our hotel and did our usual routine. Did a bit of snacking and watched the sunset! (I really do miss those sunsets, they were so beautiful)

Do you believe mythologic? Do you like hiking or not?