Skip to Content
Home entertainment What To Watch This Weekend: 3 Different Yet Fantastic Tv Shows

Not really sure what to do this weekend? Or you already binged watched all your favourite tv shows and are urging something new and exciting? Then you came to the right place, my friend. I am about to introduce to you 3 very different from each other yet fantastic tv shows that you need to check out right now. So get your notebook out and let me explain to you why these 3 tv shows have to appear on your to-watch list!

3 Tv shows that you need to watch today:

The show focuses on a female con artist who marries people and a few months later disappears with their money leaving a recorded video of herself explaining that they have been tricked. Three victims – Ezra, Richard and Jules – realise that they have been scammed by the same woman so they team up to track her down and get back what has been stolen from them. But they don’t realise what they will have to go through to reach their goal and what side of themselves they will have to face.

First of all, I did not expect to enjoy this tv show as much as I did. It’s bloody amazing show with a bit of dark comedy, slapstick there and there and a lot of unexpected twists and turns in the plot. Also, the actors are fantastic! Uma Thurman appears in few episodes and the character she plays is quite badass and I must say that I am in love with her.

The first season recently has ended and let me tell you that it was bloody fantastic, I even tweeted about it if you don’t believe me. I am still not sure if there will be a season 2 but I sure hope so because it ends with a scene that screams “SEASON 2!!!” to me. So, Bravo ( the television which aired this series), I’m watching you!

This show was a very nice break from all those over dramatic and a bit too serious tv shows that are all over the Internet right now. So if you’re looking for something more on the light side but still very entertaining, intriguing and involving, The Imposters is what you need to watch right now.

The show revolves around a teenage girl, Hannah Baker, who takes her own life and her reasons behind such decision. Her classmate named Clay Jensen who also has developed a crush on Hannah finds a box with 13 tapes in which she gives 13 reasons that explain why she committed suicide. Clay starts listening to these tapes to find out if whenever he made a list of reasons and in the run, he discovers a lot of secrets what do not only shook him mentally and emotionally but what change him as a person.

This show is one the best representations of what a big impact bullying and any hateful action can have on a person. It’s based on a book called 13 Reasons Why by Jay Asher that I need to read asap. I can’t explain to you how incredibly good this show is and how much I recommend for all of you to watch it if you haven’t already. This show needs to be showed at every school if anything.

Asides from me absolutely loving this show, I was left a bit confused at the end. Each episode unveiled some kind of mystery or new secret and gave the story a huge plot twist that kept me hooked throughout all the episodes. But the last episode was something else. After watching it, I had more questions than answers but I don’t want to spoil anything for you so I’m not going to discuss them here. If you want to do so, write me personally on any social media or email and we shall discuss the heck out of it!

I hate to admit that the ending still was very impressive to me because it kept the watcher guessing and wanting to seek answers. This is probably one of the reasons why this show left such a big impact and gained a lot of exposure. So if you want to watch something serious and very much related to our life problems, 13 Reasons Why is the show.

Pin this for the future reference!

An American teen drama series based on the characters by Archie Comics. The show revolves around a small town called Riverdale and its residents. Archie Andrews decides he wants to pursue a future in the music business, also he recently ended a clandestine relationship with the music teacher. His friend, Jughead Jones, is in a bad place with his father and home. Veronica Lodge, a new girl, arrives and instantly pursues a friendship with Betty who has a crush on Archie. In between of all of this, tragically dies Jason Blossom and the mystery begins.

At the first glance, I was a bit hesitant to start watching this show. I really thought that this is another teenage drama show that I already have watched enough of. But I was left pleasantly surprised when I watched the first episode of the Riverdale on a gloomy Saturday morning.

The actors are lovely and a bit creepy at times. Or is it only me? But the plot isn’t cheesy or very mainstream. It keeps you guessing and intrigued which I love about the show. Also, the show faces some situations that occur in real life to some. You can even pick a few very lovely life lessons from this show.

If you enjoyed such tv series as Pretty Little Liars or Teen Wolf, I believe that you’ll enjoy Riverdale as well. Fun, entertaining, involving and very intriguing tv show for all those who enjoy a little bit of drama in their tv shows.

Have you watched these?

What tv shows would you recommend? 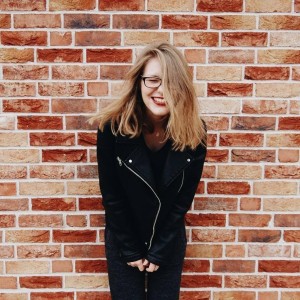