When I wrote my 101 things in 1001 days list, I knew for sure that I want to try being vegetarian for a month. What I didn’t know was that I’ll end up eating vegetarian food one week and then vegan the week after.

Now let me explain everything in detail to you about this whole challenge and what happened during it.

The week I decided to eat vegetarian started quite well. I never was one for eating much meat. So I didn’t have problems living a week without it. What I had a problem with was trying to have lunch in my local restaurants.

Seriously. If you want to be vegetarian in my town, you need to go to specialized restaurants and places because you ought to choose from 3 dishes in total at a local pizzeria. Or a wide variety of salads.

Anyways, cooking at home wasn’t as hard since all I excluded from my nutrition was meat. I did try to minimize the intake of any dairy and egg products as well but I didn’t dare to exclude them completely. I wasn’t sure if my body would take such a big turn of my food intake.

So I tried almond milk for a change and here comes another realization.

Realization no.2: I am not a fan of almond milk

It tastes absolutely horrible to me. It’s okay when used in baking recipes or pancakes but other than that it’s a big no for me. I am not a fan of milk in general. I absolutely hate the taste of it alone.

It must have something to do with me over drinking fresh milk in my childhood. The thought of it makes me shudder now.

After almost a week of being vegetarian, I decided that it’s not so bad and that I could probably do this all the time. However, that very weekend I went to visit my grandparents and let’s just say that I got another realization.

Realization no.3: Don’t ever tell your grandmother than you aren’t eating meat

I really thought that I’ll hear no end of her ramblings about how I don’t need to diet and that I’m already thin as heck. I tried explaining that it’s not a diet and that it isn’t about losing weight or something like this.

But you know how grandmothers can be. She even suggested that I should eat chicken because vegetarians eat chicken because it’s a lean meat. My mother was having the laugh of her life while I was eating my mash potatoes with salad and trying to zone out the complaints about my recent turn to vegetarianism.

I love my grandmother but seriously I wish older generation was easier to persuade. Anyway, the week ended successfully and I was very happy about that. 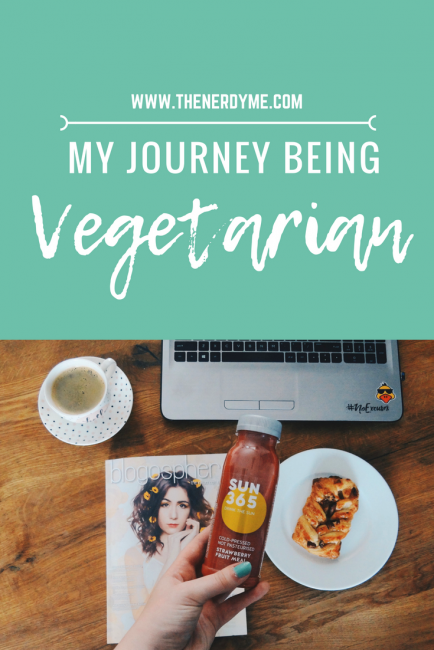 What I didn’t expect from all this experiment was trying to be vegan the week after being vegetarian. I was volunteering in the 13th World Congress of Semiotics for the whole week and it turned out that the main idea of the Congress was a greener environment.

So, the whole food was vegan-based and I was about to experience a week of veganism. As a volunteer, I was there from 7 a.m. to the very evening of 7 p.m., so breakfast, coffee breaks and lunch included.

Naturally, I decided to continue the whole experiment and extend it to being vegan instead of vegetarian for another week. I wish I could say that this week was just as successful but I would be lying.

It was a nightmare to me.

After the 2nd day of such food, I was ready to consume a huge greasy pizza.

Carrot cupcakes weren’t too bad but after 6 coffee breaks, I couldn’t look at them anymore. I dislike eggplants, soy and mushrooms, so all those sandwiches and soybean meat was driving me crazy.

Realisation no.4: Being vegan is way harder than being vegetarian

I have a new found respect for vegans now. I don’t know how you do it. Vegan bread is quite dry and choky for me. Soy products are the worst. At the end of the Congress, I was drinking simple black coffee because that soy milk was simply unbearable for me and I never drink simple black coffee.

There were meals that I actually enjoyed and found super delicious but some of them were a total torture.

After 5 days of volunteering and eating vegan food, the first thing we did with a fellow volunteer was going to McDonald’s. Yes, I couldn’t hold myself back and had a cheat evening. Sue me.

But I finished the week after that accident successfully by baking a very much vegan apricot cake which was very tasty. Also, I managed not to let my grandmother know about this week. She would have a fit if she knew.

What did I learn?

Apart from having those 4 life realizations, I actually learned that I won’t ever be vegan.

I’m sorry my fellow vegan friends but I simply can’t do that all the time. I enjoy dairy way too much and soy or almond milk isn’t going to cut it for me.

As for being vegetarian, I could do it. However, I don’t see myself going vegetarian any time soon. I don’t eat a lot of meat to be completely honest. But I love chicken too. I won’t disregard the possibility of me being vegetarian someday but that isn’t happening now.

I actually haven’t noticed any major changes in my body or overall health. Yeah, I could feel that my stomach didn’t feel as heavy as it used to after having a meal. Also, I did feel a bit more energetic but I’m not sure if it was this experiment that impacted it.

I am trying to include more vegan and vegetarian options in my nutritious once in a while. I like vegan snacks a lot actually. Plus vegetarian lasagne is to die for. But that’s about it.

Are you vegetarian/vegan? If yes, do you have any delicious recipes to share?

If not, have you ever tried being vegan/vegetarian? How did it go?