If you are not following me on Twitter or other social media, you probably didn’t know about my exciting Sunday evening. But if you are one of those people who did, then this wouldn’t come as a surprise to you. I SAW IMAGINE DRAGONS LIVE! It was a freaking amazing experience and one of the best concerts I went to so far. 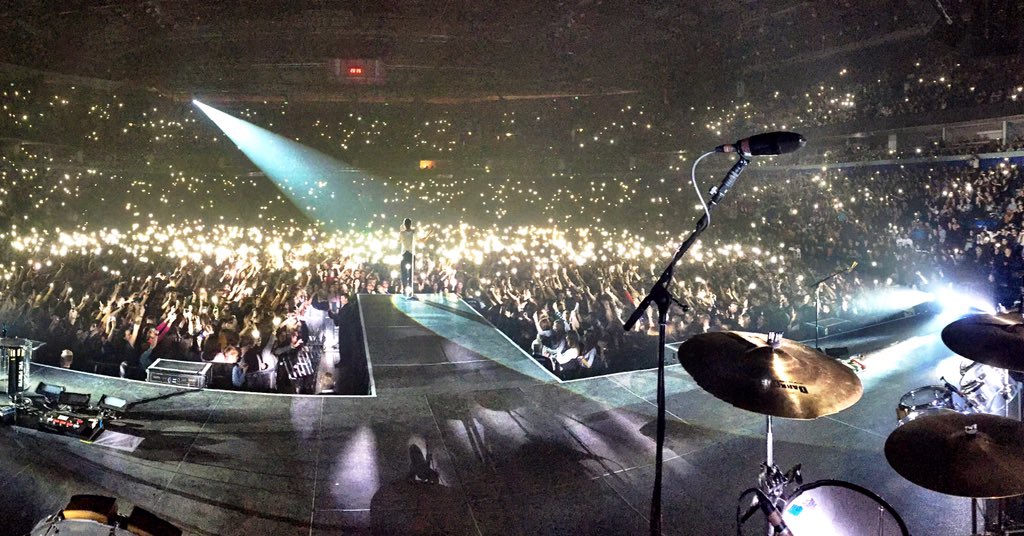 The concert was at Siemens Arena in Vilnius, Lithuania. I wasn’t thrilled when I found out that their concert will be held there as the sound quality in that arena is not the best and the only way you can enjoy a good sound is in the standing seats. And I am so glad we bought standing seats! We came an hour before the concert and it was PACKED! Nothing surprising here, it’s not every day that a great and popular artist/band comes to Lithuania.

In the arena, sponsors were giving free candies and curd snacks (you know those glazed curd cheeses?) and I was not mad about it at all! I basically live for curd snacks. So that free food fest made this arena more appealing to me. After eating those little heavens, we went to our standing seats area. I again couldn’t see much as I am quite short and the people around me were too tall for my liking.

The supporting artist was GJan. She’s a Lithuanian singer who has an amazing voice and makes great songs. I really enjoyed her show and I think all arena did. She is also very down to earth girl that you just can’t dislike. And after her mini concert, we had about 20 minutes break which I only wished to end faster. It was so hot and a lot of sweaty bodies around that wasn’t so appealing to me. But that’s what concerts are all about and I couldn’t have it any other way. 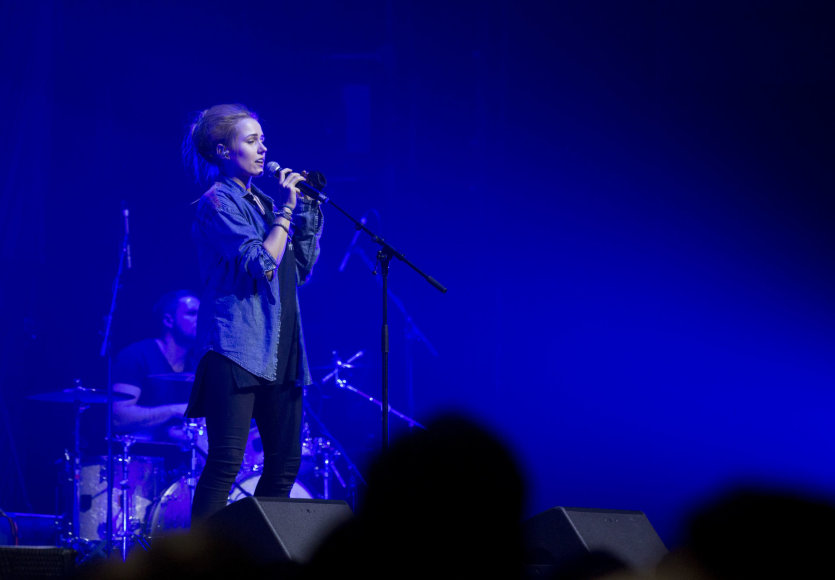 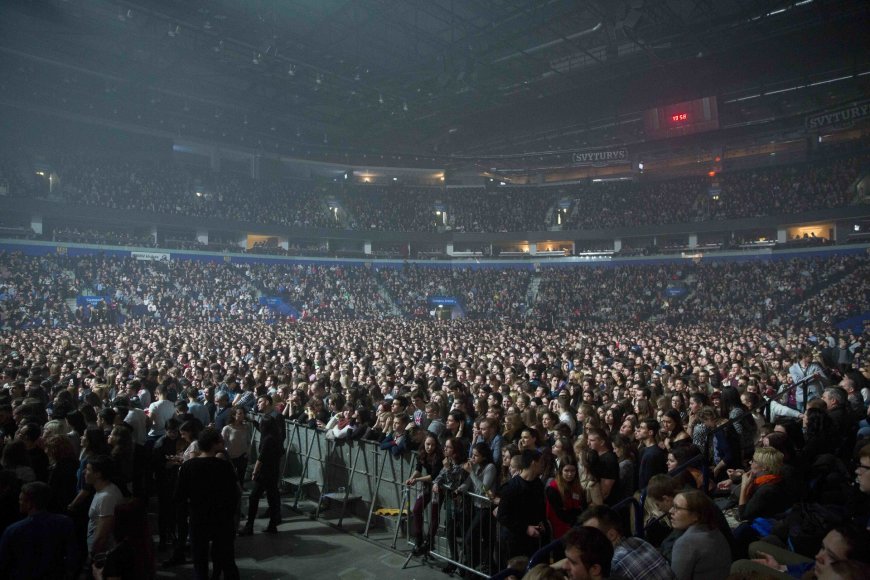 When Imagine Dragons came on stage the crowd went wild. The whole concert all arena was singing along and it couldn’t have been any more perfect. I screamed my lungs out basically and I was all sweaty in the end. A lot of dancing was happening. Somewhere in the middle of the concert all people who were seated were standing and also dancing, singing just like the ones in the standing seats. It was such a magical night.

From the most popular songs of them to the newest ones from the album “Smoke + Mirrors”. They also did a cover of Forever Young and come on! Who doesn’t love that song! I was the most excited about I’m So Sorry, Radioactive, Photograph, and Roots, but all of the songs they sang were incredible. I can assure you that they sound exactly the same as in audio and maybe even better.

I highly suggest you to go to Imagine Dragons concert if you get a chance. They are seriously amazing and I feel like even if you are not a fan of them or haven’t heard a single one of their songs, you would still enjoy it. They were that good. Definitely are going to my best-live-performers-I-have-seen-so-far list.

Have you been to Imagine Dragons concert?