If you don’t know what the heck Wattpad is, allow me to introduce to you the best online writing community there is. Basically, it is a website where writers of all kinds can write, share, read and discuss books and stories. It doesn’t matter if you are a starting writer or a professional. It is a great place to share your work and get incredible opportunities to even publish your work.

Since I have been a die-hard fan of Wattpad for quite some time, more precisely for over 4 years now. And I read pretty much over 200 books there. Maybe even more. I decided to share my love for Wattpad with you all and include few of my all time favourite books from there. 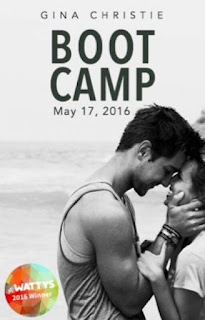 Whitney isn’t fat. Always being the last one picked in gym class in high school and the first to complain about running just one mile, she finally decides enough is enough. Risking her unathletic being and personal sanity, she signs up for a strict fitness boot camp consisting of more exercise than she has ever seen in her eighteen years of living. But apparently this camp is full of surprises and one big one by the name of Axel Chandler.

A very beautiful story about the girl who tried to achieve her goal through a hard life of boot camp. Even if this book contains a love story, it isn’t the main plot. I feel like this book is more focused on achieving the goals you have set for yourself and falling in love with your body, also becoming confident. It is getting published too on 17th of May! So that’s exciting.

A NOTE A DAY | BY Sophie Claflin 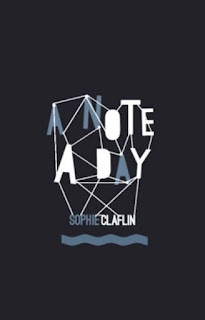 Anxiety-ridden, nightmare expert Charlotte ‘Charlie’ Jackson has been receiving witty, heartwarming, anonymous notes since the beginning of her school year. One afternoon, she notices she did not find a note for the first time all year, and suddenly gets the urge to figure out who writes them, and why they have been writing the notes to her. However, being her awkward, antisocial self, she can’t bring herself to question anyone about them.

As Charlie narrows down her list of possible note writers, she befriends her three suspects: Shane Marshall, Malcolm Dawes, and Theodore Higgins. While Charlie deals with the nagging question of who writes her the notes, she experiences late night phone calls, memorable sleepovers, and kisses from a boy who reminds her of the sea and the stars.

This one is one of my recent reads and I absolutely loved it. It is incredibly cheesy and more of a fast, nice read. I picked it up one evening when I wasn’t feeling very well and it kept me very entertained. It’s such a beautiful and may I say predictable story but I loved it nevertheless.

THE MONSTER INSIDE OF MY BED | BY makeandoffer 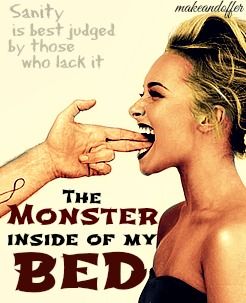 Who has a right to judge what is normal? For 18-year-old Maria Valentino it was her parents, it was her friends and it was the doctors who decided that she was no longer stable for the outside world. No one questioned that the man who put her in a mental institution for eight months was in fact a violent drunk because unlike Maria people thought he was normal. No one questioned that her friends bullied their classmates on a daily basis to stay at the top of the social ladder because that was normal.

The only time people started asking questions was when Maria finally snapped.The only problem was that she met Mason when she was admitted to The Ledge Mental Institution. He had been bouncing from hospital to hospital since he was 12 years old, somewhere along the way the doctors branded him a Sociopath. That would explain the charm, his exceptional knack at manipulation and the remorse that he lacks to feel. Then, she meets Mason Riley.

Charming, handsome and confident. He was like a slap back to reality, and for the first time in years, Maria finally felt like she was back in normality. Yet, even with all of that Maria finds herself believing that Mason might actually be one of the most normal aspects of her life because after all sanity is best judged by those who lack it. That’s what he keeps telling her, and she almost started to believe him.

This is a bit heavier book for sure. It involves mental illnesses and institutions. Some scenes might be a little bit too much for some for their explicit. But I fell in love with this book and its characters. It’s so tragic and beautiful at the same time. I still haven’t comprehended some of the things that happened but I am really happy that I got to read this book. 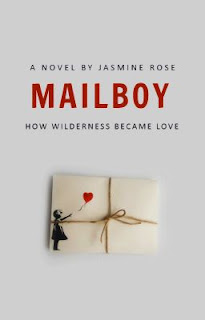 Zoey Hunter was always one to hold herself up to a high standard, and it showed. Her abundance of friends, perfect grades, and almost ideal family reflected her hard work, making her an object of jealousy for many. But there was more to Zoey than what met the eye – hidden underneath the pressure to uphold her practically perfect image, was a girl determined to express herself. And she did just that with a mixture of two of hobbies – paint and delivering mail. Then she discovered Nico Forrest, a boy forced to get a job at his local post office, and the two were forced to bond over morning mail delivery. Soon, they saw each other much more often than they would have liked to. What could go wrong? Everything.

Another beautifully written book. It is mainly about love and connection between Zoey and Nico. I loved the plot and how the writer ended it. There is a sequel but I believe that it isn’t finished yet. This story isn’t a very heavy one but it has few scenes that make you think a lot. Overall, I really enjoyed it and that’s why it’s one of my favourites.

Do you read on Wattpad? What type of books do you enjoy the most?